Matthew has six and a half years of headship experience and several years of working as a leader in schools. He is currently Executive Head of Embark Federation in Derbyshire which consists of Richardson Endowed Primary in Smalley and Kilburn Junior School. The Federation launched in January 2017 and he has been headteacher at Richardson Endowed since September 2011.

Matthew has been designated a National Leader of Education in February 2017 as a result of his work as a system leader and Richardson Endowed Primary became a National Support School.

Matthew has worked as an Associate School Improvement Adviser for Derbyshire County Council over the last three and a half years supporting nine schools and their leaders in a wide variety of school improvement activities. All nine schools now have good or better Ofsted judgements.

Matthew has also recently enjoyed working with a ‘coasting’ school in his role as NLE which was assigned by the RSC team.

Both schools in the federation have an exciting curriculum which is accompanied by a rich diet of wider opportunities in Music, Sport, Science and the Arts. The federation has excellent leadership in both schools and very good capacity to support others.

Prior to his work in Smalley, Matthew taught for nine years in two Derby City schools and then for four years as a Deputy Head in Nottinghamshire.

Philip has ten years of headship experience from posts at two different schools and several years of working as a leader in schools prior to that. He is currently Headteacher of Longford Church of England Primary School in Derbyshire where he has been for seven years.

Philip was designated a National Leader of Education in June 2017 as a result of his work as a system leader and Longford Church of England Primary became a National Support School. Prior to this Philip has also supported one school in his role as LLE which was assigned through the Derbyshire Teaching School Alliance. The brief for this work was to support the school to gain a ‘good’ Ofsted grading which was achieved in July 2016 and to support the newly appointed leadership of the school in continuing to raise standards.

Philip has worked as an Associate School Improvement Adviser for Derbyshire County Council over the last three and a half years supporting a total of eleven schools and their leaders in a wide variety of school improvement activities. All eleven schools now have good or better Ofsted judgements.

To enable this role to be undertaken Philip has reduced his teaching commitment at Longford from 2.5 days per week to 0.5 days and coached a middle leader who became Deputy Headteacher in 2016, therefore strengthening the leadership structure within school.

This leadership is now strong and will enable Philip to be out of school and to facilitate school improvement work in the future.  As a result of this leadership development within school Philip has been asked to support the LA ‘Aspirant Head teacher’s programme’ by hosting visits from delegates.

He believes in schools working together to share practice and learn together and has made numerous links with other schools to improve practice through collaborative work to develop assessment, the quality of teaching and learning etc. Longford Church of England Primary School also hosts an annual ‘Teaching and Learning Conference’ open to any school. Over the last 9 years a range of highly regarded educational speakers have been invited to lead this day.

Longford Church of England Primary School has an exciting curriculum focussing on achieving high quality outcomes and includes a good balance of opportunities in both visual and performing arts, sports, personal development as well as the core and foundation curriculum subjects. Aspects of this provision have been recognised and the school has been asked to share practice through leading training. Most recently, following achieving Outstanding Church School status in January 2017, Philip has been asked to contribute to Diocese Board of Education training on ‘child led collective worship’.

Prior to his two Headships in Derbyshire, Philip taught for eighteen years in two Nottinghamshire schools and one Nottingham City school. This experience included the roles of SENDCO in a city primary school, Advanced Skills teacher for 4 years and Deputy Headship.

Paul has a wealth of financial experience in Multi-Academy Trusts, Local Authority, Education Charity and Schools financial management systems and processes. He is a qualified accountant with a comprehensive knowledge and understanding of financial management and reporting. Paul is driven to make financial information accessible for all rather than a highly complex set of information that few can understand. He is professional and easy going by nature, with an ability to build relationships with work colleagues, directors and customers.

To create 'stand out' schools at the heart of their community. 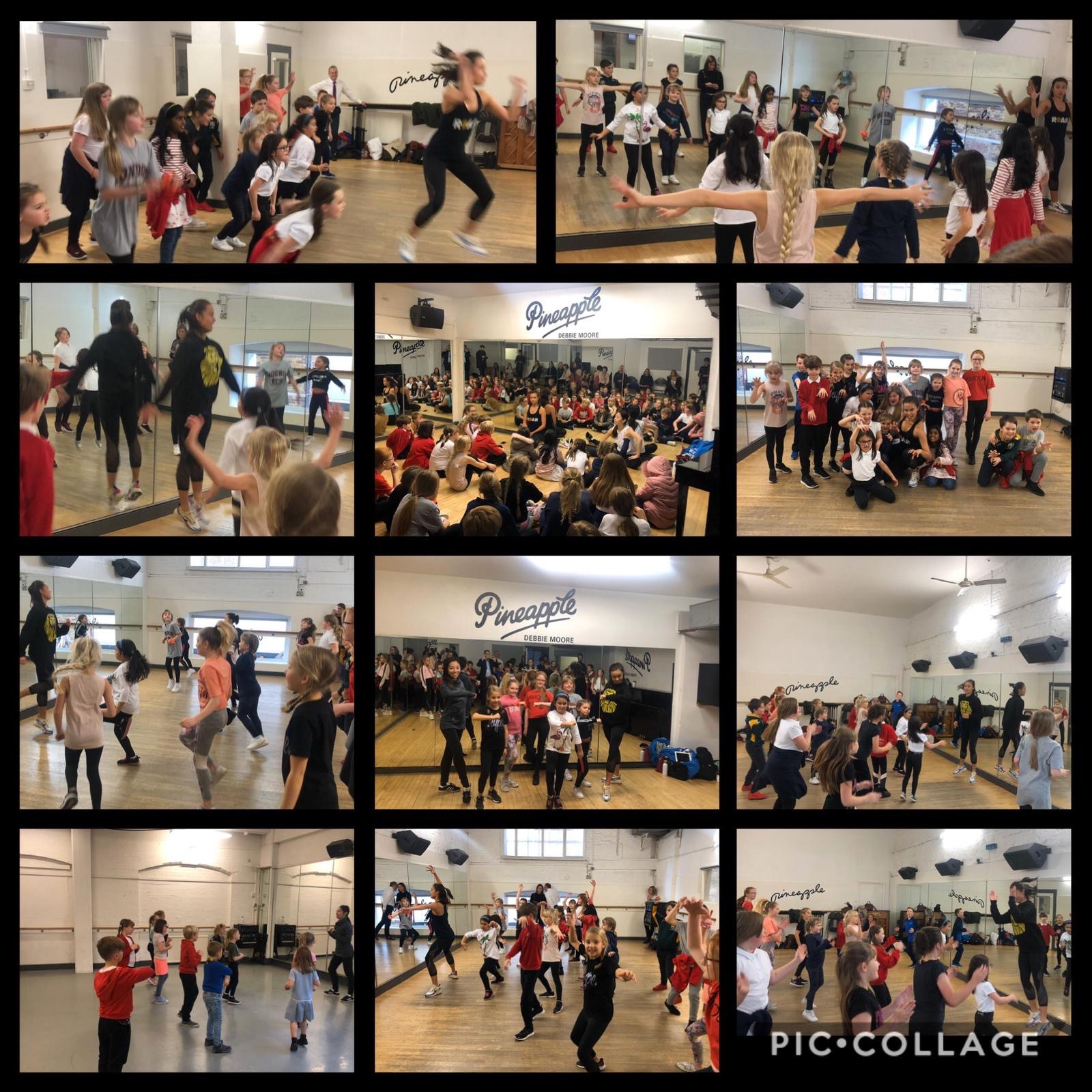 On Wednesday 13th November, Embark Federation &lsquo;embarked&rsquo; on a trip of a lifetime for 42 of our children across 7 of our schools. After an early start of 6:30am from Derby, we travelled to... 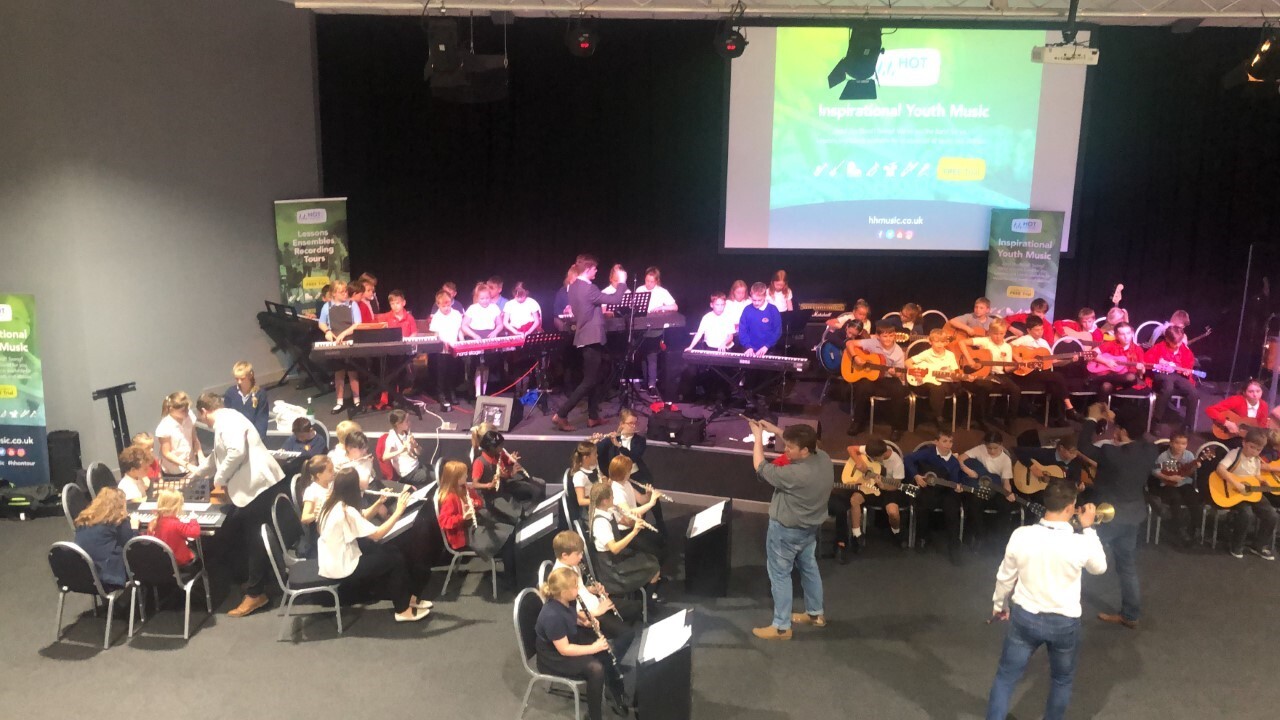 Please see below a press release following our day with Hot House: Over 100 children from Bondholder Embark Federation, came together earlier this month to work with the inspirational Jon Eno and his... 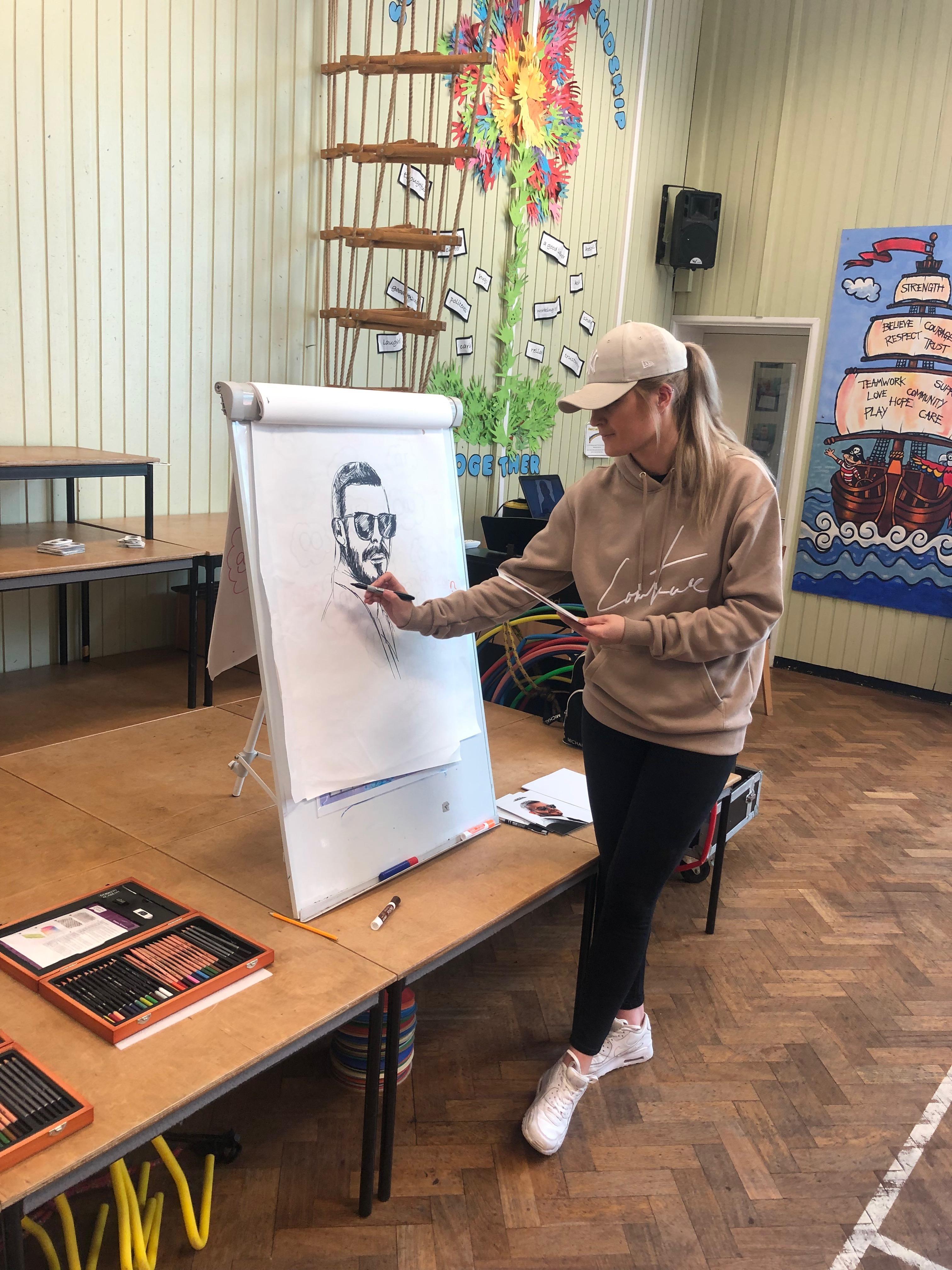 70 children from across our Embark schools came together this week for a fabulous Art Day. &nbsp; They were so excited by the opportunity to work with the brilliant artist Sophie Edwards and the amaz... 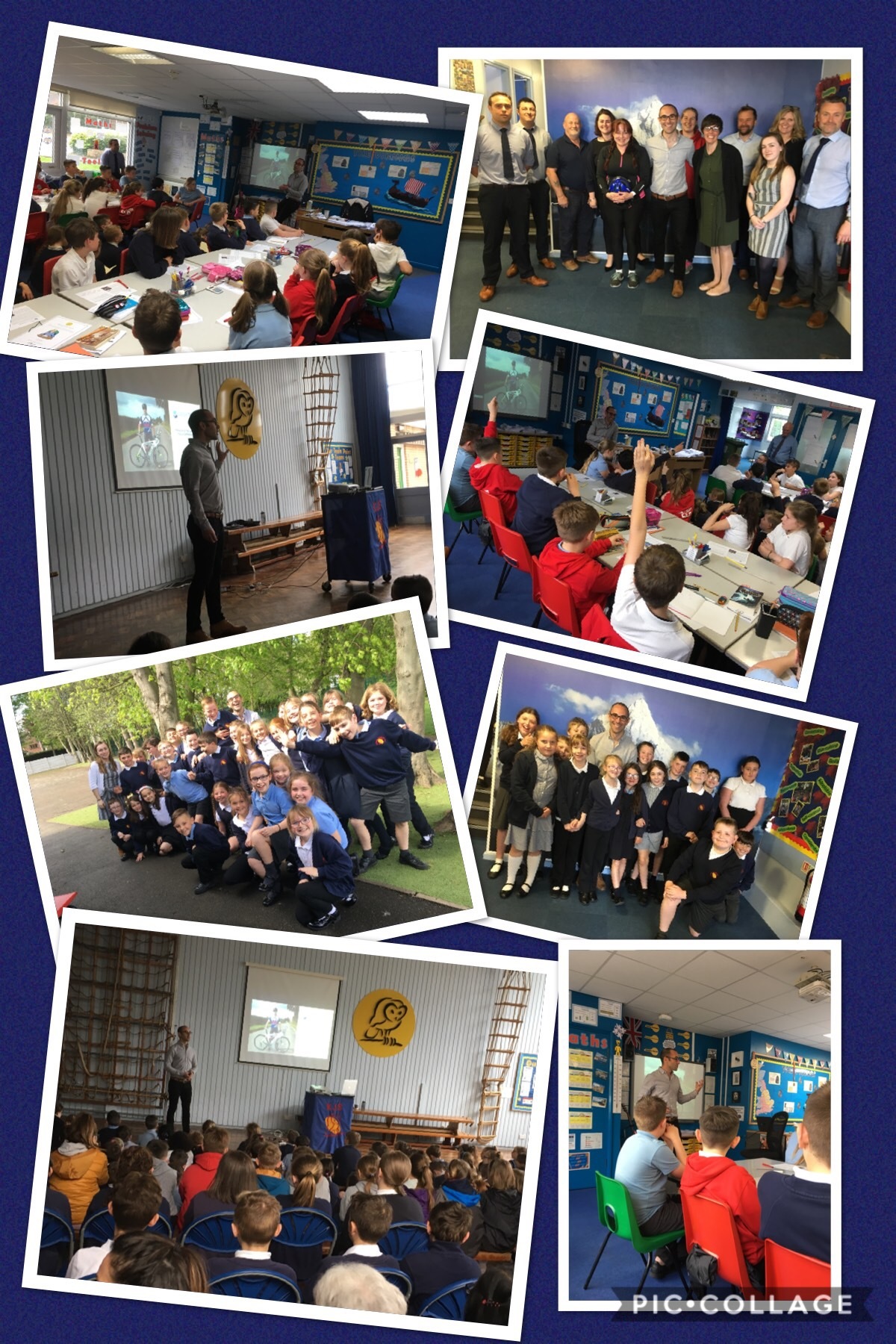 Round the World cyclist, World Record holder, Adventurer and friend of Kilburn Junior School, Leigh Timmis, visited us today, captivating pupils, parents and staff with tales of his accomplishments an...

Pupils from four of our Academy Schools, Kilburn Junior, Horsley Woodhouse Primary, Howitt&nbsp; Primary and Smalley Richardson Primary made history today when they planted the first of 250,000 trees...

Tuesday 9th April is a day that will live long in the memory for 70 children from Embark Federation, a trust of 7 schools across Derbyshire. Two stars from the West End, Victoria Farley and Sophie Isa... It was a real privilege today to accompany 11 children from Heath Primary visiting 5 of our schools. They performed a stunning dance with an anti-bullying theme which finished with the key message of... Children attending the Nursery at Aldercar have been having great fun in recent weeks doing 'Messy Play.' Enjoy the pictures below: 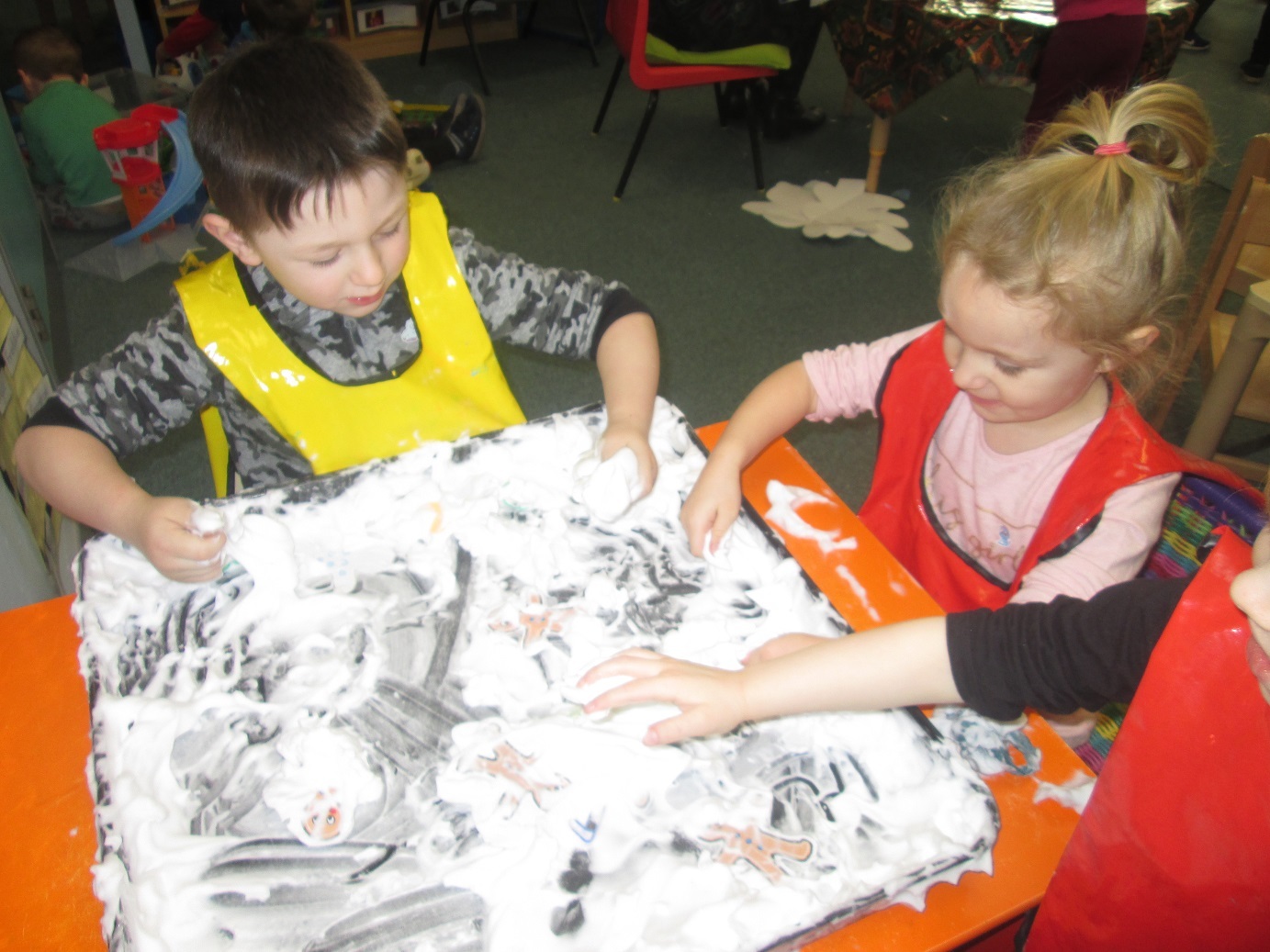 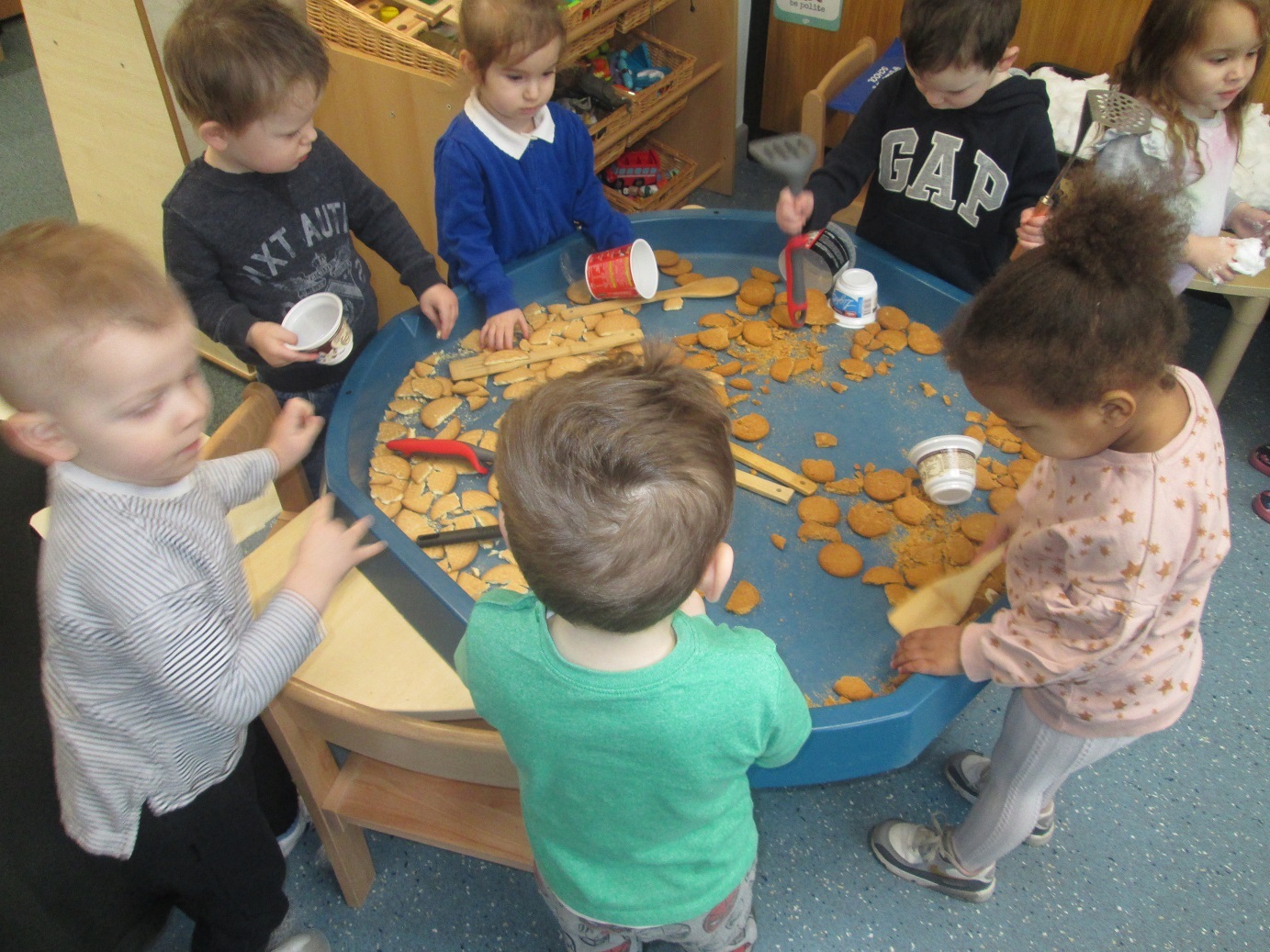 We are proud to say that we took part in Safer Internet Day at Howitt again this year. All classes got involved by sharing their ideas on how to work together for a better internet. Our Digital Leader... 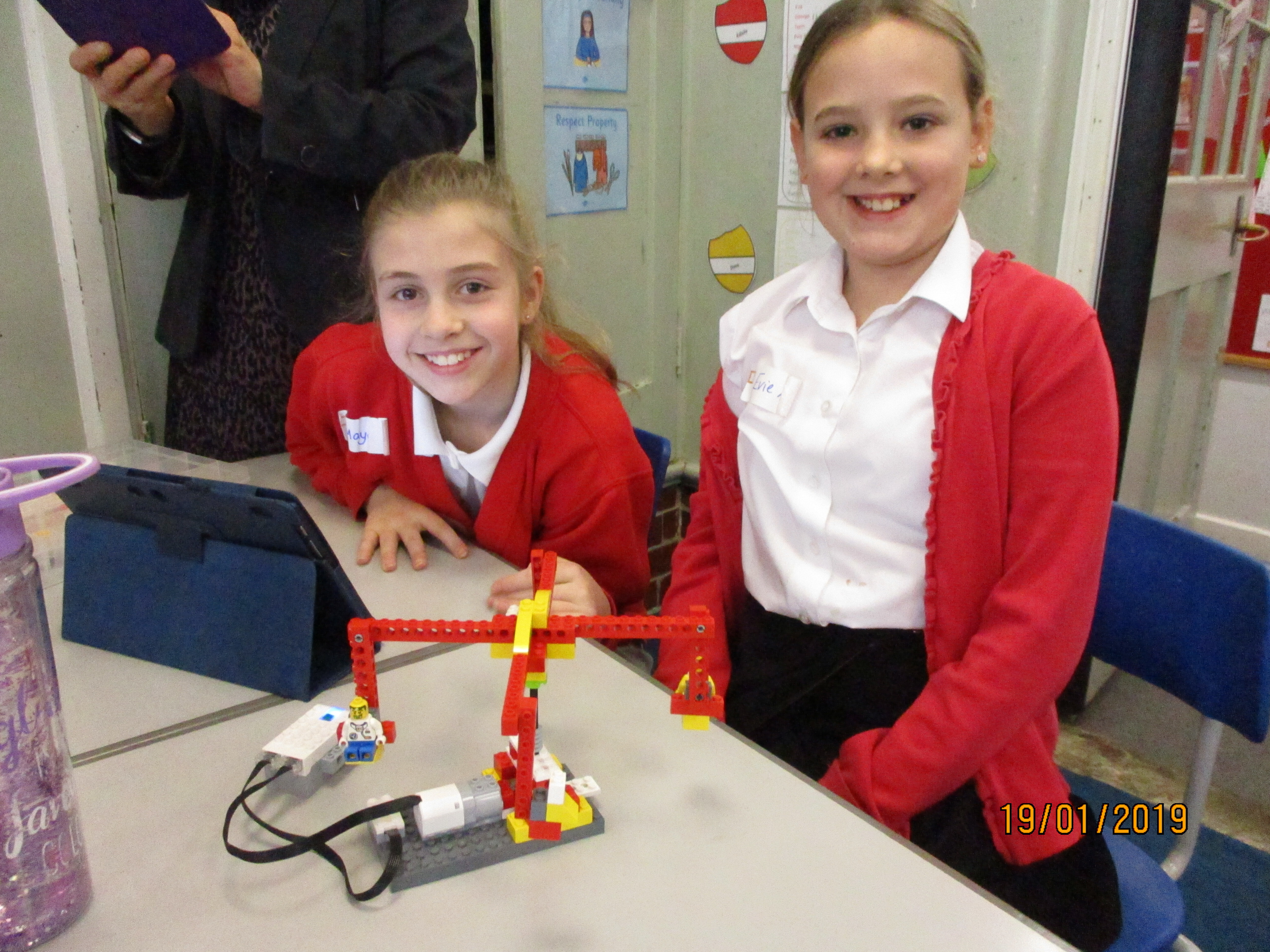 Class 4 have had 2 exciting events recently. In January, we had a visit from Junior STEM who delivered a Lego Robotics workshop. The children learned how to programme Lego models and wrote algorithms... The local Member of Parliament for Amber Valley, Nigel Mills, visited Kilburn Junior School this morning to spend time with children in the Nurture room. He was really complimentary of the support giv... 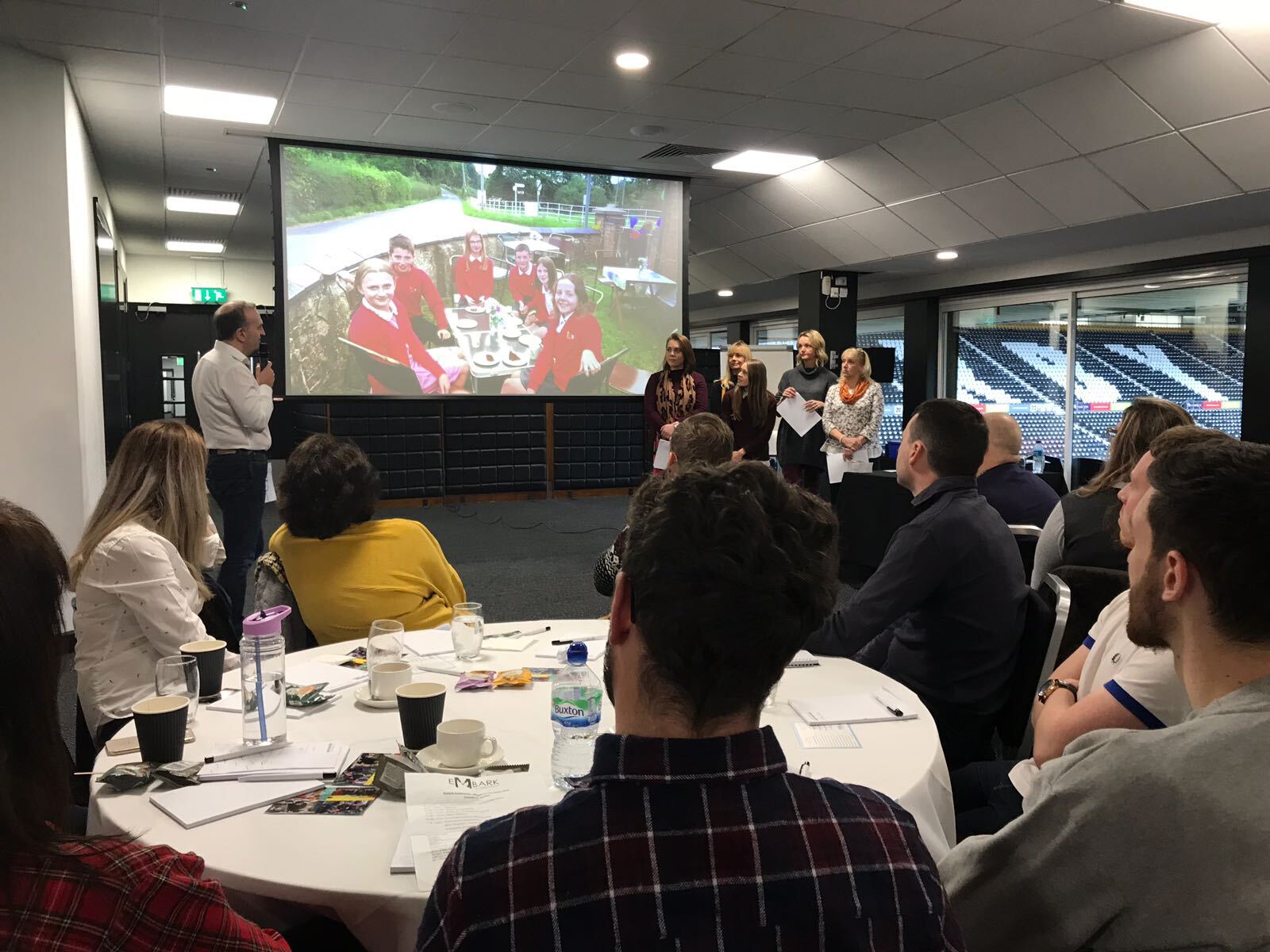 We were delighted to host our inaugral conference for staff earlier this month. 150 staff from the 7 schools came together at Pride Park stadium which was the first time we had all been together as a... 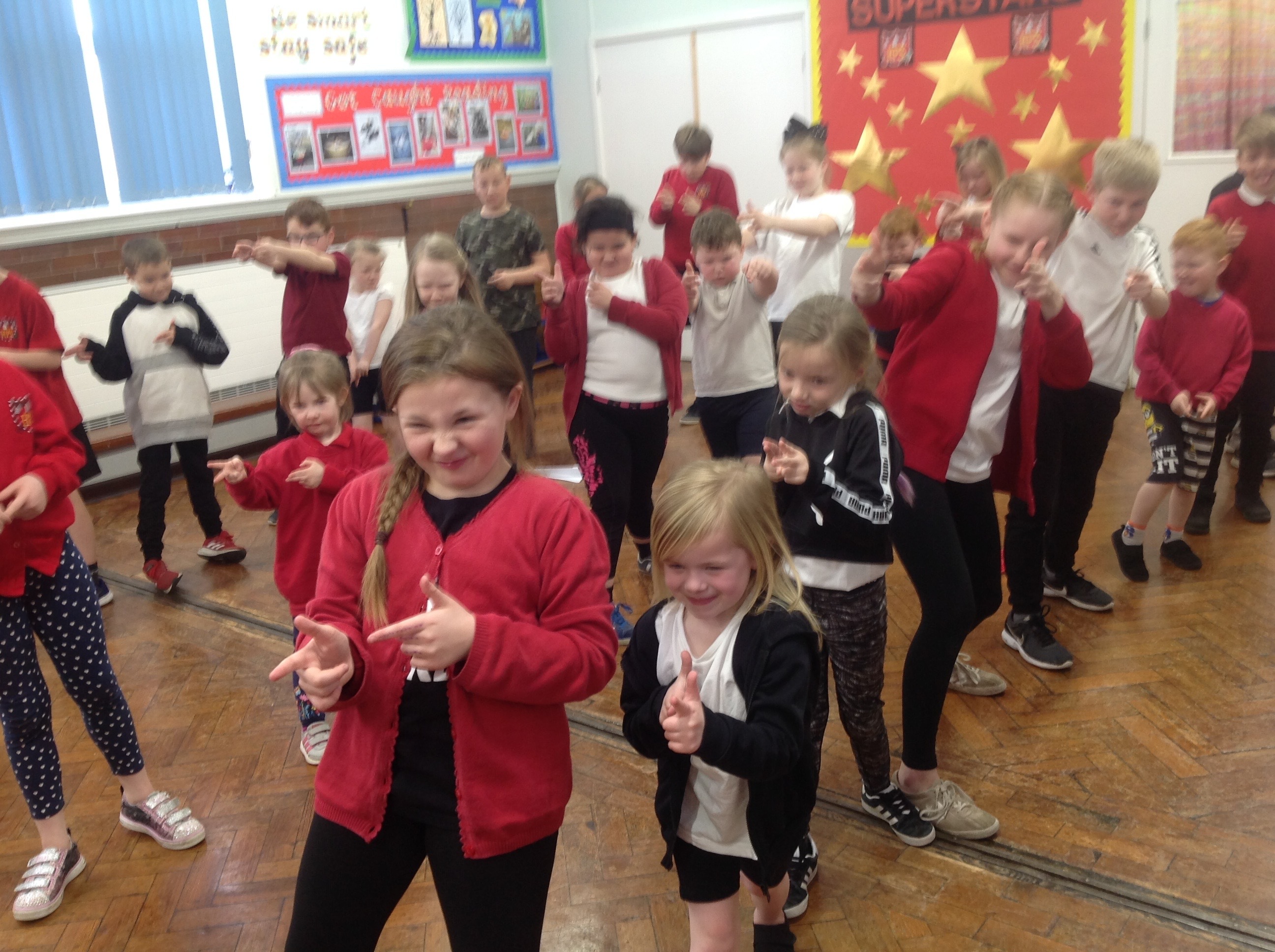 The children at Heath Primary School have had a great time participating in our annual Arts Week this year. They have taken part in five different workshops; Lantern Making, Poetry, Music, Dance and P... 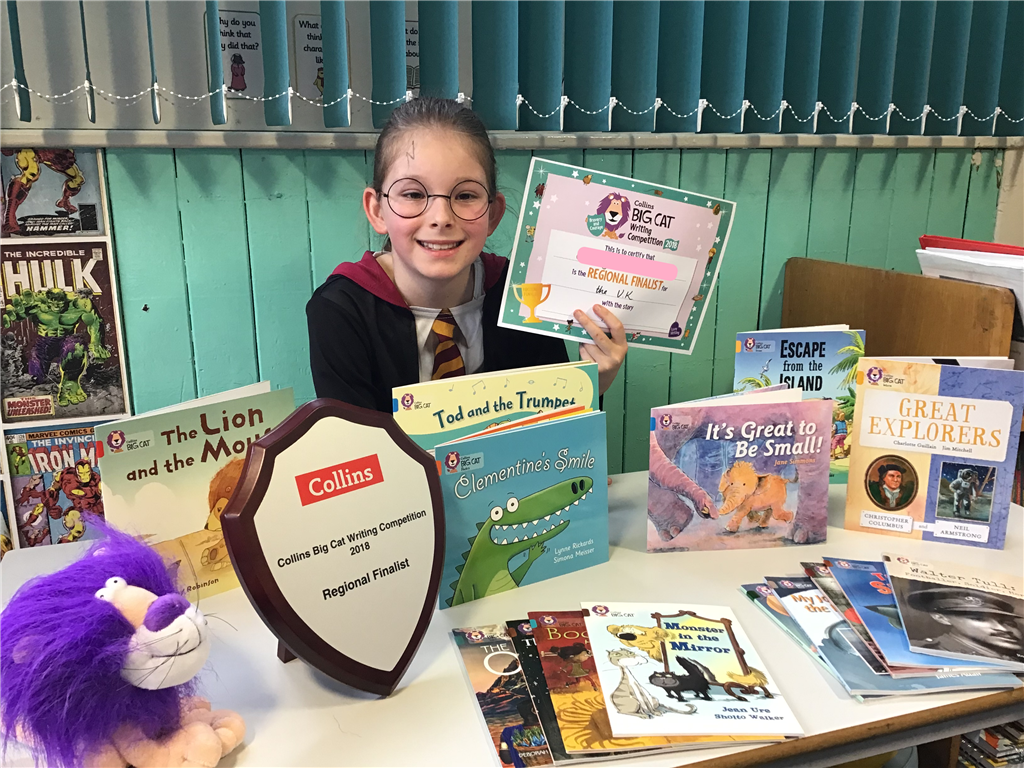 Well done to Ebony, in Year 5 at Howitt Primary Community School, for becoming the winner of the Collins Big Cat Books writing competition for the whole of the United Kingdom. We are so proud of her a... 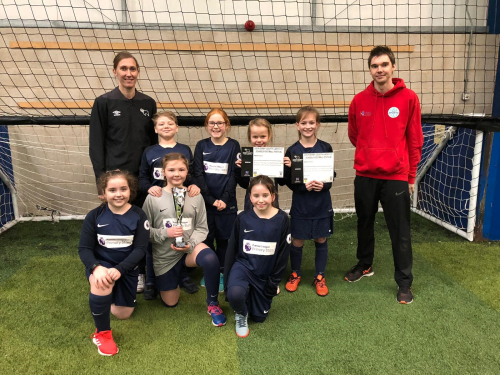 Kilburn Junior's Year 3 and 4 girls were victorious in today's Derby County Ladies Football Tournament, lifting the trophy for the second year running. The team scored 30 goals in total and only conce...